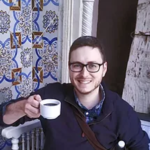 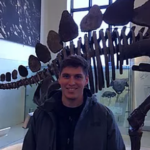 Hello StrongWeek! Please tell us about yourself.

Hi, my name is Chris and I built Strongweek along with my co-founder Andrew. My background is in digital marketing, writing, and conversion rate optimization. Strongweek is for people who always seem to have too many overdue tasks. I built it because I needed a better way to tell what tasks were most important and which could wait.

Where did the idea for StrongWeek come from?

I used to have a coworker who would write his top 5 things to get done each week on a whiteboard by his desk. As my career progressed, prioritizing tasks became increasingly important. As my to-do lists piled up, I kept thinking back to that whiteboard. I tried to find an app that would help me prioritize my workload better, but couldn’t find anything like Strongweek in the iOS app store.

What went into building the initial version of the StrongWeek?

At first, I tried using classic to-do list apps like Todoist and Monday. I used If This Then That to create a task management system that let me assign tasks a priority like “Next Week.” But, the process was manual, time-consuming, and clunky. Then, I tried building an iOS app myself using low-code tools like MIT’s App Builder. Eventually, I decided it would be worth it to me to hire someone to build it for me. I lucked out, and ended up partnering with a fantastic developer who figured out the things I couldn’t do.
Identifying a budget was tricky, because I wasn’t sure how much it would cost to build a mobile app. There isn’t a clear pricing model. Ultimately, our partnership agreement allowed us to build the app together at our own pace, without needing a specific, upfront budget.

We shared the beta on test flight with friends and family, and then launched on the iOS App Store. I had expected to just upload the app, but Apple required a developer account, support site, and other items. We ended up doing a soft launch without a lot of upfront marketing, because we wanted to continue building features and refining the UI before we put in a lot of marketing effort. However, the app quickly got picked up by sources like Hacker News and Reddit, and we got over a thousand downloads in our first few weeks.

How are you marketing StrongWeek? What strategies have worked?

We haven’t needed to do a whole lot of marketing so far, but we’re in a position to ramp up now. I recently completed a process called Growth Driven Design to help our website align with our key audience’s interests and questions.

Strongweek was built primarily in Swift. However, it is more complicated on the back end than it looks. We wanted to give users multiple ways to store their data, including iCloud sync and an iOS Reminders integration feature.

Our app is unique, but it’s in an oversaturated market: productivity. From a marketing perspective, that leaves us with two challenges: we have to convince potential users to think outside the box, and we have to cut through the noise created by hundreds of well-funded companies marketing their own apps.

Strongweek is all about creating a productivity tool that’s different from what’s out there now. The good news is that most productivity apps are relatively generic. They all function basically the same way. We’re excited to release new features that continue to redefine the way we think about productivity apps.

I love Pocket for quickly saving and sharing the ideas I stumble across online.