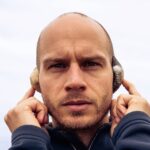 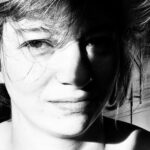 Hello FlipKit! Please tell us about yourself.

Hey, my name is Matthias and I built FlipKit together with my wife, Ines. My day job is at “all about apps” in Vienna, Austria where I lead the iOS team, working mainly on business and industry-focused apps. Ines has a background in multimedia design and e-learning. We have two kids (2 and 6 years old) and started Tinkado as a way to experiment with kid-friendly apps and games that are educational and fun.

Our first game was Pixli, a fun puzzle game, which was developed using Unity and released across multiple platforms (iOS, Android, Amazon). With FlipKit we wanted to focus on the iPad’s amazing drawing capabilities and create an app that’s fun and easy to use for everyone. Whether you are a beginner or a professional, FlipKit provides you all the tools needed to start creating flipbook-style animations.

Where did the idea for FlipKit come from?

As a kid, I liked to draw short flipbook animations (if you don’t know what flipbooks are, check the Andymation YouTube channel for some amazing examples) and when Apple introduced PencilKit with iOS 13, I wanted to see if I could create an app that brings flipbooks to the digital world while still keeping their playful style. One of the main goals was to allow the user to “flip” through the animation like you would with a real physical flipbook. Swiping over the filmstrip gives you direct control over the playback speed of the animation and also allows you to reverse the animation or just a few frames. It felt great early on and motivated us to pursue the idea further.

What went into building the initial version of FlipKit?

Shortly after iOS 13 was released in 2019, which added support for PencilKit and introduced SwiftUI, I used both new technologies to create an early, not very pretty, prototype. Ines, who is much better at drawing than I am, used the early prototypes to create the first animations and suggested additional features, such as separate background and foreground layers for each frame. I used a simple Trello board to organize and prioritize all ideas.

We decided early on, that the app should ship with a set of examples, to show off the capabilities of the app and also inspire users. So while I was adding new features, Ines was using them instantly to work on the examples, which created a nice feedback loop.

We would have liked to release 1.0 with iOS 14 in September 2020, but with the pandemic and everything else that was going on last year, we weren’t ready until January of 2021, after some long days polishing the app during Christmas break.

The app is a free download from the App Store and comes with a one-time In-App purchase to unlock some functionality (unlimited frames, export functionality, …). I am also quite proud that the app’s download size is only 2 MB and there is also an App Clip, which can be used to start drawing without even installing the app. Any drawing you create using the App Clip is then copied over to the full app if you decide to download it.

We quietly launched the app a couple of days before posting about it on social media to check for any last bugs. After posting about the app’s launch on Twitter, we were lucky to get some retweets by some popular developers from the iOS community. We also shared it among family and friends, and submitted it on ProductHunt, where it was listed among the top new products and received around 200 upvotes.

All in all, the app was downloaded around 100 times on the first weekend and received great initial reviews.

The following week, FlipKit received a minor feature in several European App Stores. Apple contacted us before the App’s launch about a possible feature and we had to send some promotional graphics. Amazingly, a week later FlipKit was featured prominently on the App tab across multiple App Stores and was featured in more than 100 countries overall. This led to over 200 downloads a day, which is more than we were hoping or expecting.

We also received over 1000 downloads from educational institutions, which is awesome.

How did you market FlipKit? What strategies have worked?

We focused on creating a good set of screenshots and a promotional video for the App Store page, but haven’t done a lot of marketing so far. Before the app’s release, we filled out Apple’s “Get Featured on the App Store” form and provided them with all the materials we had.

Recently, we also created a Press Kit page and are planning to contact some publications.

FlipKit was written in Swift and most of the UI is done using SwiftUI with some UIKit wrappers. It was my first real project using SwiftUI and it worked out really well. All the drawing is handled by PencilKit, but some optimization was needed to allow a fast playback on lower-end iPads. The app is document-based and all animations are stored as documents within iCloud drive, allowing users to easily share and collaborate. FlipKit also supports all of iPad’s multitasking capabilities, e.g. having multiple instances of the app open.

For us, the biggest challenge is finding enough time to work on the projects. With a full-time job and two kids, there often aren’t enough hours in a week. The biggest reward is, to work on something that you are passionate about and that you enjoy working on. A side project should be fun and not a burden.

After working on FlipKit for over a year, it was awesome to see all the positive feedback and being featured on the App Store.

We are planning on releasing several updates to FlipKit in the upcoming weeks and months. Some minor features, such as Dark Mode, but also major updates like adding support for iPhone and adding sound & music to animations.

I really like Charlie Chapman’s Launched podcast, where he interviews app developers and creators.

Swift Talk by the objc.io guys is a great video resource about all kinds of interesting programming topics and I also regularly read Swift by Sundell.

In general, I am very grateful for the helpful iOS community on Twitter.