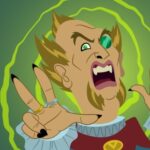 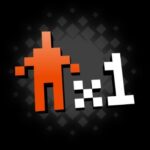 Hello Tilt To Live! Please tell us about yourself.

Hi! My name is Adam Stewart, and along with my partner Alex Okafor I helped build mobile apps from 2010 – 2016, including the Tilt to Live series, Outwitters, and Space Food Truck for the iPad. I’ve focused more on PC and console in recent years. I was the artist and co-game designer for Tilt to Live, an accessible action arcade game that “even our moms” could get into. It was our first commercial app, though we’d worked on hobby games together throughout high school and college. We built Tilt to Live as a way of dipping our toe into commercial game design, hoping to maybe go full time in a few years once we had launched a few titles. The game hit in the right place at the right time, and its success gave us the freedom to jump into full time game development right away.

Where did the idea for your Tilt To Live come from?

Alex was a big fan of Geometry Wars, and wanted something with a reasonable scope that wouldn’t be overwhelming as a part time project. He put together a prototype he liked and showed it to me while we were out with friends. We’d been working together for years, so Tilt to Live just felt like the next thing to me. We had fun with it until it felt like something we could launch. It was about 6 months of development, working part time, for the launch version (which was only one game mode). The theme of “arrow vs dots” just sort of… never got replaced from the prototype. It was easy for players to figure out quickly, so we focused our creative effort on the weird weapons, goofy writing, FX, and music.

What went into building the initial version of Tilt to Live?

We’d have meetings every week or so to discuss weapon ideas and whether the UI was intuitive, then part ways and do our tasks when we could find time. I did all of the artwork, Alex built the engine himself, and we collaborated on UX and game design. We had some middleware to handle the leaderboards and player accounts. The music was 100% royalty free cheap stuff.

Neither of us was married, and we were much younger, so finding the time and energy to work was easier than it would be now. My full time job was as a freelance graphic designer, so I just carved out a bit of my usual work day for Tilt to Live. We hadn’t committed to a firm release date and we both had income, so that helped keep the pressure off. Since our only real expense was stock music, about $50, we didn’t need to do any fundraising. Fundraising adds a lot of pressure for delivery and commitment to features, I’d avoid that temptation for your first game.

The marketing budget was zero, but we did build a huge mailing list of news outlets for regular press releases. Streamers weren’t a thing yet, all apps were paid, there weren’t millions of games on the App Store. This was a totally different age. If I remember correctly, we shot up the charts virally, got covered by a big outlet called Touch Arcade, and that got Apple’s attention. After that the game was featured pretty regularly, which played a huge role in its success.

The original feature set for the app was a single game type, like 20-30 achievements that unlocked weapons, and some third party leaderboards. Once the game was well received, we kept the ball rolling by adding game types and new weapons.

As far as I remember, it was just some kind of virality that pushed us up the charts on launch day. These were MUCH simpler times, with no free to play and a lot less content on the store. It was a very good time to make a simple mobile game. We expected to make 5 or 6 games before we could support ourselves on game revenue alone, but we got lucky. We would learn later that a new game/IP is not guaranteed the same success. I’ve been making games for 10 years and have never seen success like that again.

Alex has left the company since our Tilt to Live days, and I’ve learned to program games myself in Unreal Engine’s Blueprint. With Unreal being free and Blender being free (and me being both dev and artist), most of what I need to make a game costs nothing. I don’t know if either is the “best” tool for the job, but anyone can try them and I’m used to them.

What are some challenges and rewards of being an indie app/game developer? Do you have some tips for new developers?

Our first game hit, and if we had stuck with it we would never have had to worry about revenue again, since we didn’t scale up the company. We left Tilt to Live out of boredom and made a game in a totally different genre, which we couldn’t really market to fans of the first game. Our second game, Outwitters, didn’t reach the same heights. So don’t expect lightning to strike twice. You’re very lucky if it strikes once. Also, sticking to a niche or style might not be a bad idea.

Know how much money you need monthly, what you’ve got, and how long it’ll last. Keep a close eye on your finances, and know what your worst case scenarios are. Don’t just believe in yourself, be ready for anything.

Twitter will make you feel like everyone is doing way better than you. Ignore it. You’ll probably hate your game as you near the end of development. Ignore that too, you’re just over exposed. Watch people play your game as often as possible. Make it fun for them and you’re on the right track.

Invest in low risk index funds if you have some savings. It’s much better ROI than a bank, and might be a better ROI than your next game. Investment earnings from Tilt to Live money have paid for some of our sound budgets and help pad my income when things aren’t great.

I’m in the middle of overcoming a challenge of my own, at the moment. I’m going to try partnering with a publisher for the first time for my next project, which is something we always avoided in the past. It’s not technically indie. I’ll be interested to see how that works out.

I’m working on Hex Gambit: Respawned, a relaunch of a failed game of ours from 2019. I rebuilt it from the ground up as my first solo project, and it’s a totally different beast now. I’m working on dialogue and cinematics implementation while coordinating with our composer to get some fresh music in. I’m doing all of the art and visual scripting myself, and I’m hoping to be mostly done by the end of March. This will be my eighth shipped game.

What are some resources or courses you recommend?

I’m a YouTube junky. I use Unreal and Blender, so it’s helpful to watch people do the work, instead of just reading. I learned everything I know in Unreal from Youtube and their docs/forums. Virtus’s channel was where I got started, also see Matthew Wadstein and the Official Unreal streams.