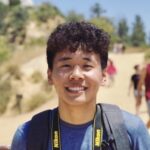 Hello Wrekt! Please tell us about yourself.

Hi I’m Andy and I built Wrekt a social deduction bill splitting game. I absolutely love playing games especially ones with friends and thought I would try out game making. My background is CS and design and my game is for people looking to have fun when deciding how to split the bill by adding stakes. This game was built using Flutter. I’m currently a student at Stanford and I hope you enjoy it!.

Where did the idea for Wrekt come from?

The initial idea for Wrekt came from watching tons of among us streams. I wanted to play too, but did not have a large enough group to play with. Also I felt that the game was a little hard to pick up at the beginning and it discouraged a lot of people. So, I figured I could make a game that was much easier to pick up and also had elements of strategy and deceit. I’ve played my game with a bunch of friends and we currently have people all around the world playing Wrekt. The focus is on playing during bill splitting but you can definitely just play for fun!

Here’s a quick overview of how to play 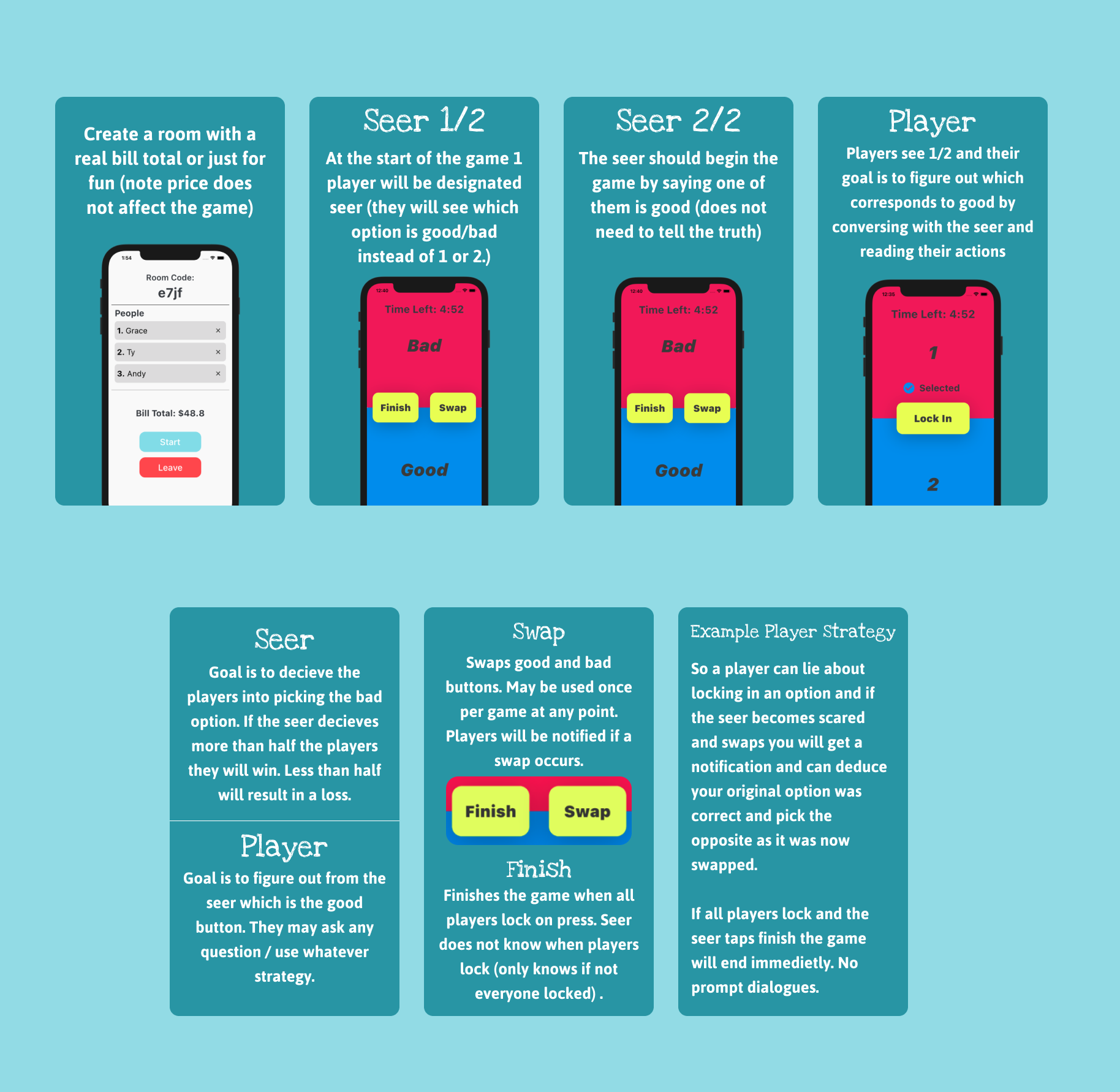 – The seer doesn’t know when players lock in, and can only check if they try to finish the game *this is risky as if everyone did lock in then the game will finish without prompt, so they must be thoughtful when clicking finish*. So a player can lie about locking in an option and if the seer becomes scared and swaps you will get a notification and can figure out the correct option.

What went into building the initial version of Wrekt?

I mostly worked on this during my free time as it was a passion project. This was my first time building in flutter so I had a lot to learn about Dart. Thankfully I’ve built things using react native in the past so I was able to connect some ideas. I also worked with firebase as the DB which is really user friendly. App’s like this don’t take much initial capital and I encourage everyone to try. The main costs are getting an Apple License to post on the app store and minimal database costs. Most cloud databases have a pretty comfortable free tier that you can use to start off without having to commit financial resources. I mostly tested the app with friends before launching and polished the game theory through beta plays with anyone I encountered.

Launch was done first softly via word of mouth. I played the game with all my friends and had them spread the game around. Then I posted on ProductHunt and was featured for the day. We now have a pretty sizable amount of players around the world. I’ve received messages from people in France, Ireland, and Singapore who’ve found enjoyment with Wrekt.  The feedback has been generally positive. There was some confusion at first on the rules of the game but a quick update has helped resolve those issues for new players.

How did you market Wrekt? What strategies have worked?

Currently marketing is done via posting on social media platforms like reddit, imgur, etc. The game has gained over 100 players in just a few weeks and most I presume has come from organic word of mouth. I found that to be the best marketing technique at the start especially as it can tell you if your product really can be useful or not.

This was built strictly using Flutter which is based on the Dart programming language. Backend uses firebase. I found Firebase a little more friendly to use than AWS for smaller indie projects as the UI is easier to navigate. Both are great options and I’ve used them in the past. Firebase also has pretty developed tools for adding any other integrations one might need for a mobile app.

Being an indie developer is really cool as there’s a huge community of people also working on cool projects that are really supportive. I’ve also found it’s really easy to talk to potential users as it gives a more personal touch. The biggest challenges I would say are dealing with insecurities of posting new products. But go to your friends, family, etc. as they are all great support networks as you seek out more users.

My biggest goals are to continue developing new apps that can provide value. I’m working on something new right now so hopefully we can see it in a couple months. As for Wrekt I’m still developing new features as they come to mind but the core game experience is pretty much where I want it for now. As more people play and I get more feedback I will definitely iterate on the product.

I’d really recommend looking at github repo examples of apps you’re looking to build. A lot of the time just learning about the components isn’t enough and I’m still confused on how they thread together. Seeing people speed code projects really lets you start developing at the right entry point and can remove that initial hurdle. I also recommend The Hard Thing About Hard Things, Greymatter’s podcast, This American Life.